There’s a certain stigma against directors who make films designed to entertain. The filmmaker who suffers this more than any other is Michael Bay. Known for his loud, excessive and product-placement filled movies, Bay’s work is constantly accused of being low art. The Transformers franchise (2007-2017) and Bad Boys franchise (1995-2003) have been called overly bombastic with no sense of vision. His filmography makes it clear he has no intention of changing the way he directs, so maybe the mayhem is his vision. There’s certainly a place for it though, as seen in The Rock (1996) and Pain and Gain (2013). When let loose, Bay can deliver some insane films which only he could do. With his new film 6 Underground, Bay is truly off his leash.

The story follows a group of operatives all thought to be dead. They have no names, just assigned numbers in order to limit identification or personal connection. Ryan Reynolds stars as One, the group’s leader and financier. Two, Three, Four, Five and Six are played by Melanie Laurent, Manuel Garcia-Rulfo, Ben Hardy, Adria Arjona and Dave Franco respectively. After a mission goes horribly wrong, One recruits a seventh member (played by Corey Hawkins) and sets a new mission for the team: stage a coup to overthrow the dictator of (the fictional country) Turgistan and install his imprisoned brother as the country’s new leader.

This film’s crew isn’t overseen by a government body, instead saving the world by choice. In a way this is an interesting form of wish fulfilment, as it’s comforting to think there’s a group of heroes secretly going around setting the world straight. They all have different talents, experience and roles, each putting their skills to good use in combat. Being presumed dead they have literally nothing else to do with their time, so why not save the world? Sure, that sort of “do the right thing just because” philosophy is in every superhero movie nowadays, but Bay leans the story into a democracy versus dictatorship direction. This is a noble attempt to add some depth, but Bay’s directorial sensibilities don’t easily allow for social commentary.

Going into a Michael Bay film, you should know you’re going to be hit with a sensory overload. 6 Underground should delight fans of his earlier work, as it’s filled with all the frenetic editing, oversaturated colours and manic camerawork they love. It’s certainly a way to entertain and keep the energy high, but for anyone not keen on Bay’s brand you’ll probably leave with a dizzying headache. There’s a way to create a vibrant watch with grace and pacing, but Bay’s style is very deliberately the opposite of grace. Bay bludgeons the viewer with every shot, cut, graphic and sound, creating an experience which is clawing for your attention. It makes for a hypnotic watch, but from shot to shot it’s hard to follow.

As far as the action goes, it’s shocking just how extreme it gets. Bay is no stranger to explosions, destruction and head-shots, but the level of carnage in 6 Underground doesn’t stop there. These explosions don’t just show us property damage. We see bodies flung around and debris hitting bystanders with every gruesome detail. Just when you think he’s run out of ways to kill people, Bay goes where pretty much every filmmaker wouldn’t dare. There doesn’t appear to be much to it other than gratuitous entertainment. Ordinarily, there’s nothing wrong with that, but it’s depicted without a tone in mind. If the shocking violence is supposed to funny, it’s in bad taste. If it’s suppose to be dramatic, it’s too over-the-top. What’s most odd is that the chaos doesn’t achieve a point, despite the story’s political overtone. That being said, the sheer scale of the action sequences is spectacular.

Talking politics isn’t easy, especially in an action film. Bay doesn’t let that scare him though, as he fills his movies with pro-militaritic views. While 6 Underground is packed with all the trademark military gear, the story allows for Bay to push his views without politicising the a military industry complex. Even though the narrative provides this thematic loophole, it doesn’t help much considering the central fictional country has all the political signifiers designed to say something. This portrayal does provide shorthand for the audience to understand the stakes, but things can’t help having thematic meaning even if unintended. In this case, the thematic meaning hasn’t been thought through. However, giving the audience something to think about isn’t really a priority, as everything is just in service of action.

It’s not impossible for entertaining films with intentionally thin stories to feel complex. The key to getting an audience on board is with strong characters. Happily, the cast is filled with talented actors who add some charm. Ryan Reynolds as One is the standout, providing a relatively decent arc which keeps the viewer invested. Sadly, none of the other characters make an impression, as all of their various backstories are conveyed in confusing and messy ways. It’s clear that Bay is trying to experiment with his style and wants to communicate information in a fresh way, but it comes out a little convoluted. Character development should enhance the viewing experience, which it strangely doesn’t here. To be fair, none of these characters are meant to be that deep, seeing as they are defined by their special skills.

Between the mayhem, excess and confusion, we should all know what a Michael Bay film looks like. For fans of Bay’s work, 6 Underground will probably be a new favourite. For everyone else, there’s probably not much of interest. The main takeaway from this viewing experience is a realisation that Bay isn’t the harbinger of cinema’s death. He’s just a director making films with his stamp, doing what he does best just like every other filmmaker. If what he does best isn’t to my taste, I have no one to blame but myself for choosing to watch it.

Best way to watch it: Drinking game. Drink every time someone is injured, maimed or killed. 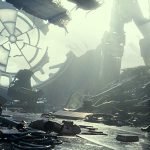 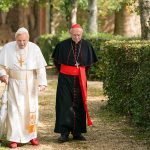